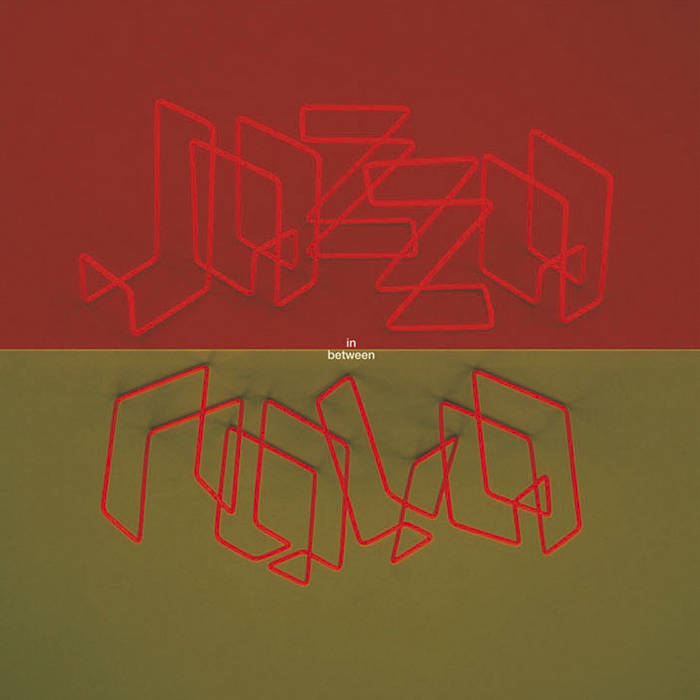 Oblaky Whenever I come back to this album, my soul heals and grows. Thank you, gentlemen. Favorite track: Another New Day.

khemet Got some cuts on vinyl...but when I saw this in the digital form, I had to get it

Benjamin Cerda Oyarzo I love the sync of the Bass & the Sax. Favorite track: Another New Day.

A Man Lost In Time

Somethin’s Missing (Could this be the debut?)

I bet it would have been quite strenuous for you as well. Your shoulders are aching and your eardrums are somewhat smothered by the flow of heart-warming words: 10 1/2 times around the world and everyone is concerned about you: your opinion, your address, your album-release-date. The job here is to break a sound that the world hasn’t been waiting for, but before you can say "Japan-tour" you are already on the road and you just can’t find the brakes. A strange sensation... visiting far away countries and discovering bursting Jazzanova sections in record stores... talking to people on the phone, that have been long respected idols... winning unnecessary prizes... reading in ID-magazine that one had fixed a gold standard for the remix-business. Why is this all so funny? Well, the Jazzanova guys will certainly never follow any style-doctrines pressed upon them by the international trend-press or hipsters policies.

Well, there comes a time when all pleasure ends and a moment of truth arrives. Isn’t there something missing? After festival appearances in front of crowds of 10,000 people, bucketloads of praise from colleagues and a remix-collection, that sold like hot cakes. Isn’t there something very important missing, something vital, something that starts a normal carrier? Right: the debut album. And what else: the time and patience to produce it. It can be a big distraction if you are flavour of the month for several years. Back in 99, when the Jazzanova hype was in a more or less manageable proportion, I wrote a cover story on them. One of the questions I asked at the time was, if they were to have the same destiny as their buddies Kruder and Dorfmeister: releasing their remixes as their album leaving the "real" album somewhere in their sampler.

"Don’t worry" was the answer, the finished album was scheduled for Spring 2000. By a stroke of luck, it will be released now. "In Between" is the long anticipated and correct answer to the question, how it feels (now slightly wiser after all these years) to deliberately sit on the fence. Face it: "In Between" is not the album that answers to the hype. It will still be heard and loved when the Nu-Jazz Compilation overkill has hit the dustbin of Pop-music history - no quickie, no simple supply to demand. How could it be? Jazzanova set their own standard so high, that they needed several attempts to gain the desired result.

It has often been pointed out that the six Berliners have set a standard for the art of sampling. Years ago an English producer said that their perfectionism and their love for details can only, if at all possible be compared to that of George Lucas, the creator of Star Wars. Somewhat astounding that Jazzanova felt in no position to direct a full feature-film up until now. To comprehend why such diverse producer-icons as Techno-Godfather Derrick May or HipHop legend Jazzy Jeff get a twinkle in their eyes by the slightest mention of the word "Jazzanova" then you probably have to stop by their studio to see them work. To love their music is to have an open ear.

All those, who expected an album in the style of their first genre-bending 12 Inch "Fedime’s Flight", a record they pressed up themselves 5 years ago, will be somewhat disappointed - incidentally, Compost, now their label-partner, didn’t recognize the significance of that 12 inch at the time either -. If the guys were hardcore weed-smoking Englishmen they might have given their debut-album the name "This ain’t no Brazilectro" to clear their point. If it is one thing they have learned in the last years, then to be at least two steps ahead of their imitators.

Being many isn’t the only vital reason that they have an advantage. Naturally, 12 ears hear more than two; six different musical-educations are more inspiring than one. Collectivism is made to a central asset. All this wouldn’t be of value if it weren’t possible to fuse these qualities and abilities to serve one sole mission. Everything on the album seems to make sense. One feeling merges into the next. It is all in between and is all clearly Jazzanova.

Neither does Jazzanova’s HipHop excursion with Philly’s finest Capital A feel like an escape from the lounge-ghetto in search of street credibility nor does - Jazz-legend and Charles Mingus companion - Doug Hammonds vocal deployment in "Dance the Dance" curry favour with the grey-haired music-critic’s. Jazzanova is at home in both worlds, both at Montreux Jazz festival and in that clandestine illegal bar of my girl friend’s cousin.

The fact that the first ever independent German Hip Hop record (Rock da Most "Use The Posse") was released by Jazzanova-producer Roskow might be of interest. It could also just be a mere fact that Stefan and Axel also paid their dues as HipHop producers, let’s say for all those sceptic "let’s keep it real" HipHop-followers.

"In Between" is the result of a functioning "family affair". On the one side it presents the Jazzanova-affiliated Sonar Kollektiv - the mothership for sisters and brothers in mind - with Clara Hill and Micatone’s bass-player Paul Kleber, and on the other, close relatives from around the world: from Philadelphia’s Soul-man of the moment Vikter Duplaix, to spoken-word queen Ursula Rucker and the former MC900 Ft. Jesus Rapper Hawkeye Fanatic; from the Londoners Rob Gallagher and Valerie Etienne to vibes-man David Friedmann, who might be known for his work with Tim Buckley. There was no necessity to flash chequebooks to get people involved. Everybody was very enthusiastic about the project.

"Together we will grow, everyday makin’ our time for us, to celebrate world family" Doug Hammonds proclamation in "Dance the Dance" sounds like the spiritual message of "In Between": together we are strong and therefore unstoppable. And well, the cutting edge programming of the tracks doesn’t make a difference if you want to put them one of those long overdue tapes for your girlfriend. That makes the whole thing even more astonishing.

Remember: All you hold in your hands now is just a debut album. A debut right for the days to come.

- "...One of the best fusions of all the disparate elements of club music
yet." (Ben Wilcox in Straight No Chaser 45/98 )