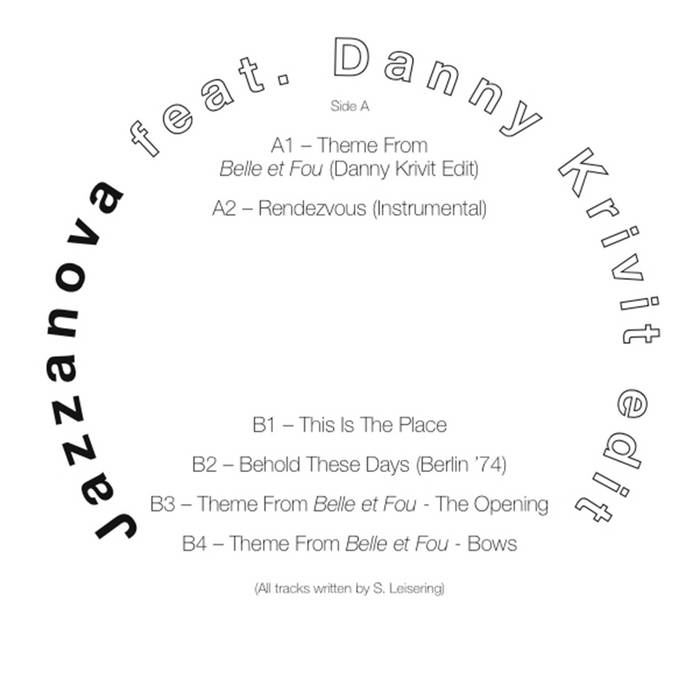 In 2006 the city of Berlin got a new and exciting cabaret show entitled Belle & Fou realised by event caterer HANS-PETER WODARZ and producer/director ARTHUR CASTRO. This sensational project from the makers of Pomp, Duck & Circumstances brought sensuality and top gastronomy all together with the help of 30 dancers and artists, the culinary delights of HANS-PETER WODARZ (also a very famous four star chef) and with a very special soundtrack by Berlin’s favourite music collective JAZZANOVA. Even if the soundtrack is not to be seen as a pure JAZZANOVA album, which is expected very soon, STEFAN LEISERING and AXEL REINEMER spent no less than 5 months in their „Exit“ studio working on many instrument recordings, in order to deliver brand new music material that would fit perfectly to the concept show. They found their inspiration in the orchestral soul of the 70s, in the works of great artists like BARRY WHITE and MARVIN GAYE and in the renowned Blaxploitation soundtracks of ISAAC HAYES. They also delved deep into their own influences made of folk and acoustic jazz and classic, so as to come up with 6 soulful and original pieces.

Heavily on demand after the critical acclaim of the show and of its dedicated score Sonar Kollektiv decided to give a second breath of life to the music composed for Belle & Fou in releasing a special E.P. that gathers this 6 beautiful pieces by JAZZANOVA. From the driving funk of Theme From Belle & Fou to the soul of Rendez Vous over to Behold these Days and its slightly Folk touch JAZZANOVA play skilfully with our feelings and emotions once again!

This E.P. also includes a very special edit of the main theme by a very special artist. Indeed Theme from Belle et Fou has been retouched by legendary DJ and producer DANNY KRIVIT hailing from Greenwich Village, New York City. DANNY’s early life is made of incredible encounters with some of the most influential artists of our times: JANIS JOPLIN, JIMI HENDRIX, CHARLIE MINGUS and JOHN LENNON to name but a few. He started DJing professionally in the beginning of the 70s and became one of the main residents of New York’s legendary clubs The Loft and Paradise Garage. The 80s saw the beginning of his studio work. He worked on tracks featuring legends like JAMES BROWN on Soul Power and the Funky Drummer and GLORIA GAYNOR on Casanova Brown. Having DANNY KRIVIT for an edit of JAZZANOVA’s Theme from Belle et Fou is a really great honour, It is also the assurance of listening to grooves of a rare quality. DANNY tweaked JAZZANOVA’s original theme and gave it exactly what it needed to fit in any Soul, Funk and Disco sets! His edit is the icing on the cake and it makes of this release one of the most unforgetable records of the Sonar Kollektiv catalogue.